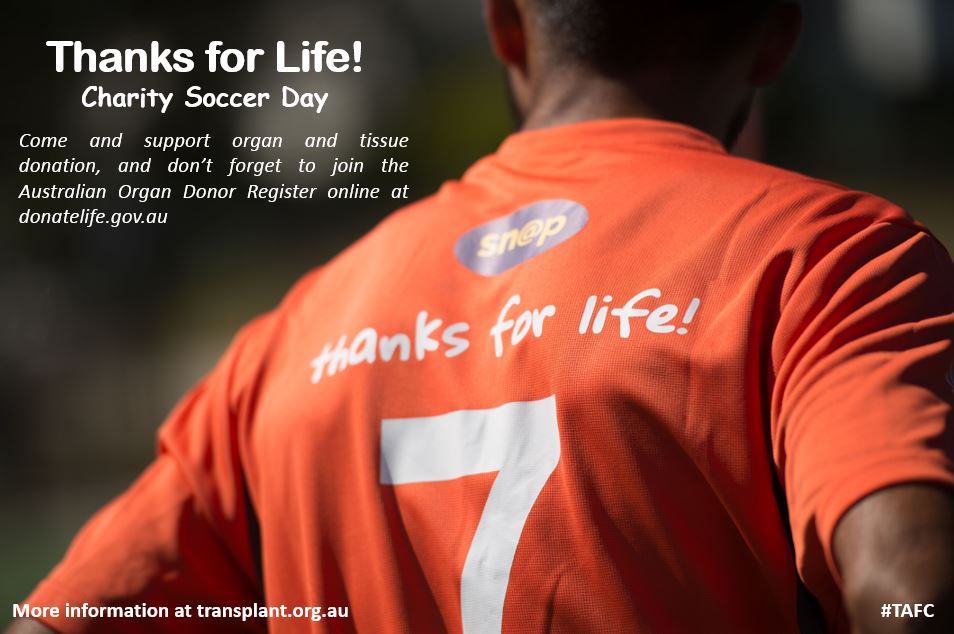 Last year the Raiders took the honours 3-1, playing for the Doujon Zammit Shield, the shield named in the honour of the young Australian Doujon Zammit who saved multiple lives by becoming an organ donor, when he lost his life in Greece in 2008. His family, by honouring Doujon’s wishes to donate, inspired two nations to think more positively about the gift of life.

The Transplant Australia FC is the first and only team of its kind in Australia; a squad consisting entirely of those whose lives have been saved by organ and tissue donation. Players include kidney, liver, bone marrow, heart, double lung and cornea recipients.

They take to the field to celebrate their second chance at life; to keep fit around their new organ, and inspire other recipients to play, and other Aussies to join the Australian Organ Donor Register.

The Transplant Australia FC is looking forward to kick-starting the season with win this year, and still have couple of spots available if any transplant recipients are interested in playing: please contact Matty Hempstalk on 0404 77 748 or at footballclub@transplant.org.au

If you live in Sydney, why not come down and support the team and a great cause.