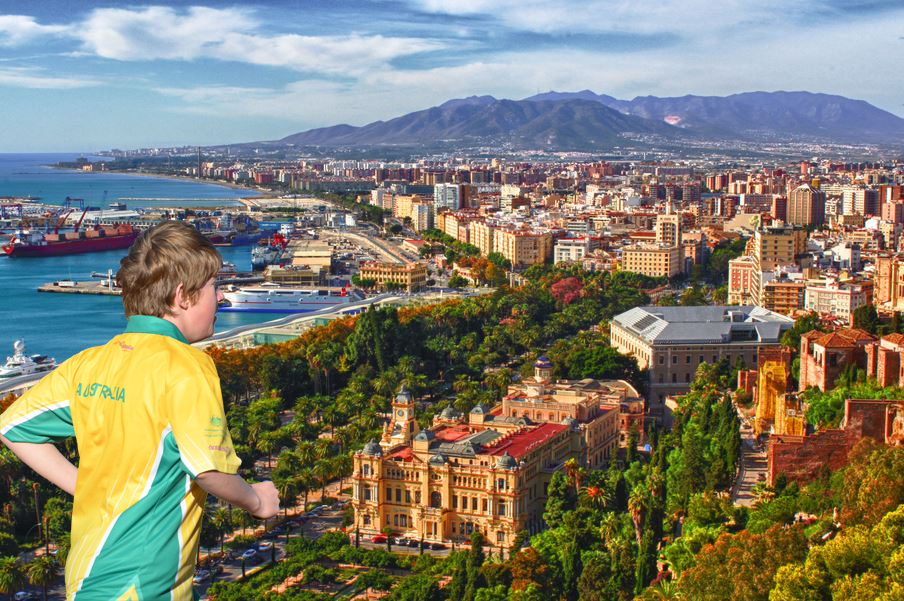 Media pack and release from Malaga, 22nd May 2017. The XXI edition of the World Transplant Games, which will be held in Malaga and will be the first one held in Spain, has already broken a record. There will be 101 Spanish athletes, more than in any other edition.

In total, there will be more than 2,200 registered athletes, making this event the second one with the highest number of registrations in all the history of the Games.

This is the number of participants per country for this edition, which will be held from 25th June to 2nd July: The top country is Great Britain, with 340 registrations, followed by the United States, with 253, Iran with 120, Australia with 114, Canada with 110, The Netherlands with 105 and Spain with 101.

Next June, these Games will gather people from 54 countries, with the primary objective of raising awareness about the importance of organ donation to save lives.

The XXI edition of the World Transplant Games will start on the 25th June with an opening ceremony, open and free of charge for anyone interested in attending, including the parade of nations, music shows and the traditional raising of the flag of the World Transplant Games Federation. There will also be a tribute to the guardian of these Games, Pablo Raez, with a show titled Being strong.

During the week of the Games, there will be competitions in 17 sports disciplines. Two of them, paddle and kayak, are the new contributions of Malaga as the host city of the event.

Furthermore, up to ten different venues will host the competitions of the several disciplines, such as golf, basketball, athletics, lawn bowling, table tennis, tennis, squash, volleyball, cycling, badminton, bowling, kayak, darts, swimming, paddle, virtual triathlon and urban race. All competitions will be open to the general public so that everyone can enjoy them free of charge and with no previous registration required.

This edition will be primarily known for being the first one where both transplanted athletes and donors can join in, giving us the opportunity to discover many stories of self-improvement from two different points of view.

The World Transplant Games, organised by the City of Malaga and with the support of the regional government of Andalusia and the provincial government of Malaga, is a worldwide event that is held every two years. The importance of such an initiative not only lies in being a place where sport helps to foster integration but also in being an event that wants to raise awareness about organ donation.

This competition has been awarded the Evento Sostenible (Sustainable event) badge by the City of Malaga, as an event compliant with sustainability criteria that are planned and tested by the Municipal awareness programme called ¿¡Málaga cómo te quiero!? (Malaga, I love you!). This badge involves a commitment for organisers, sponsors and participants to adopt strategies and actions to minimise the impact of these events in the city. Waste generation, recycling and use of sustainable means of transport to attend the event (public transport, bicycle or carsharing) are some of the factors being assessed to award this badge. 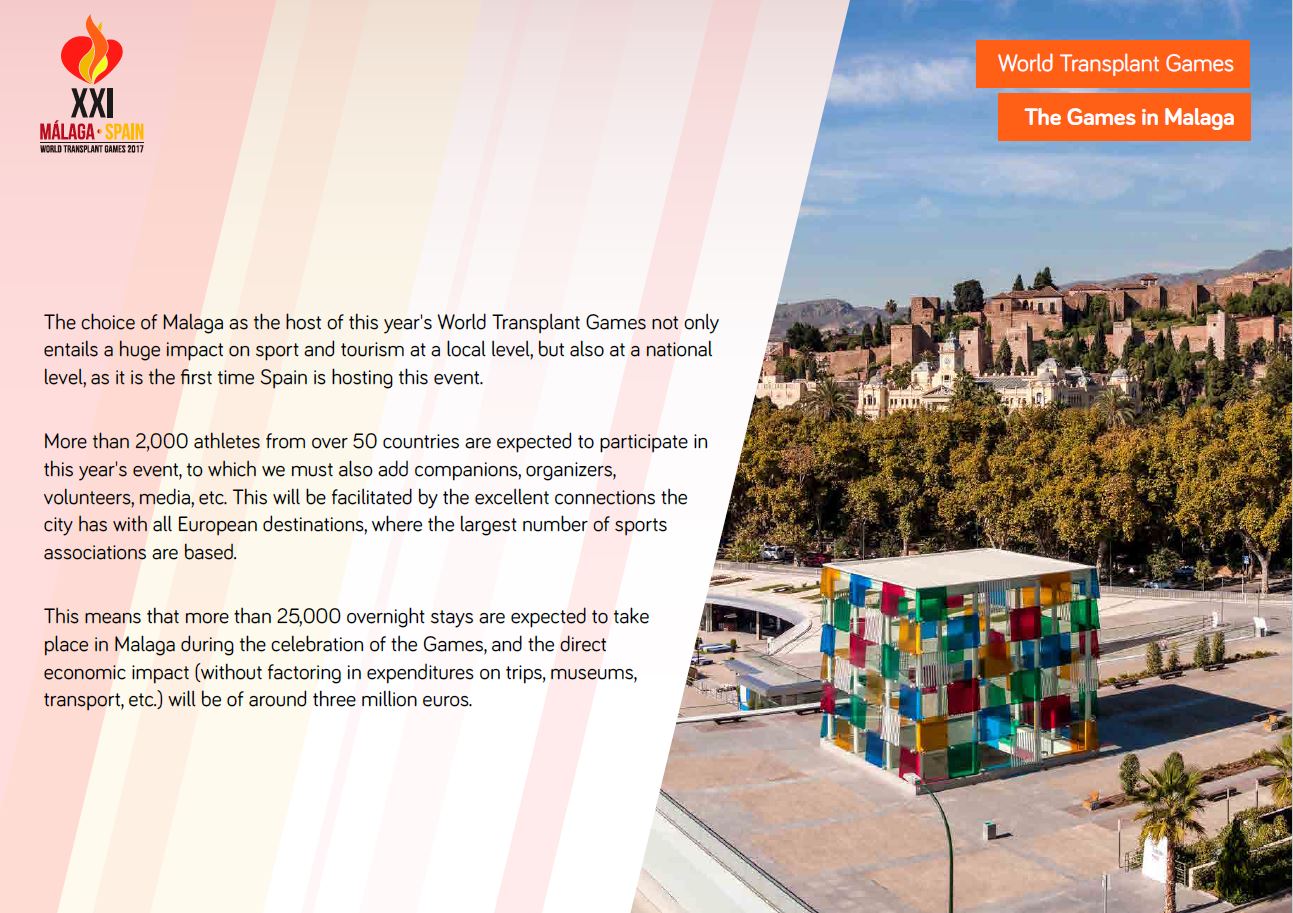